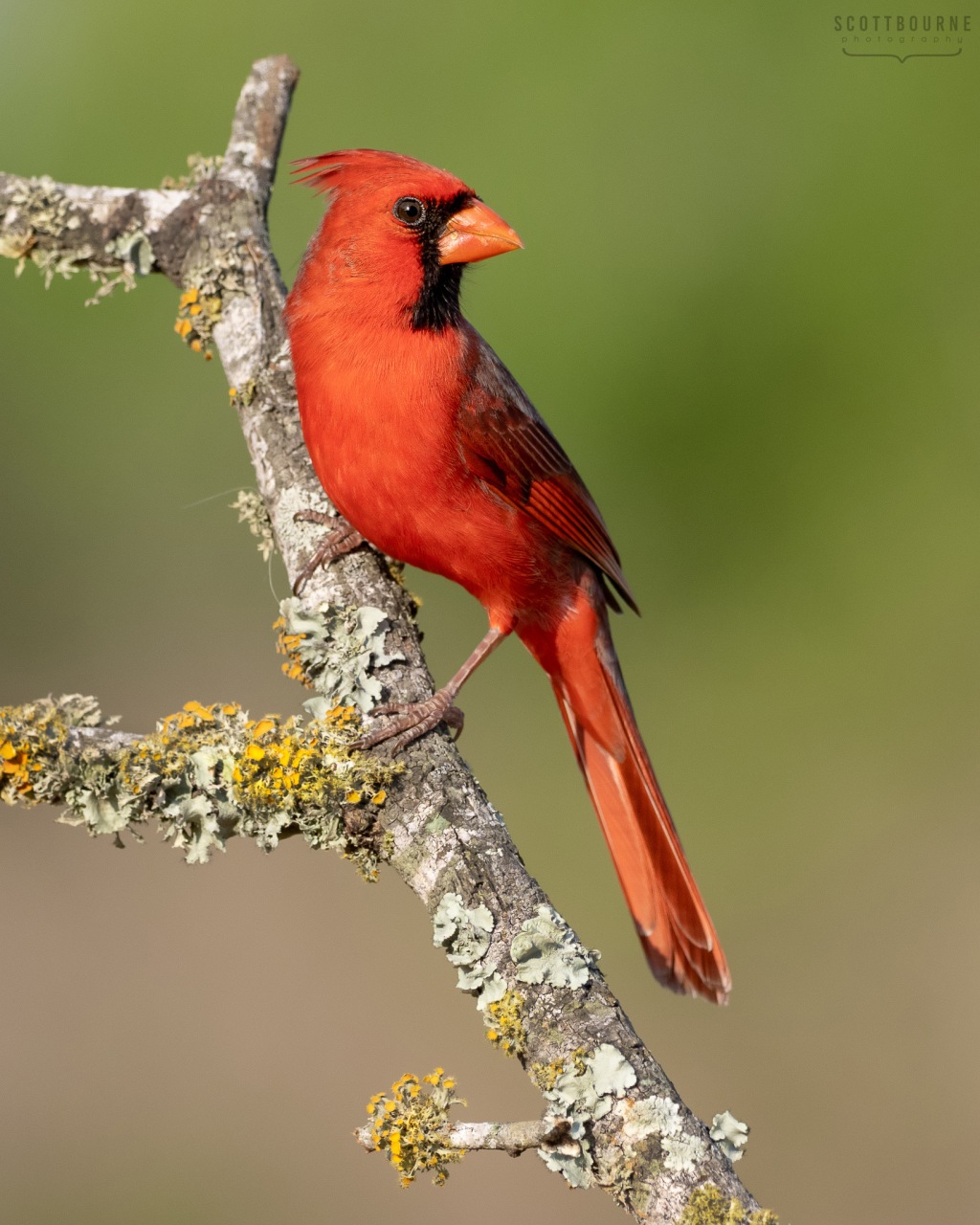 The featured photo for this post is a simple picture of a northern cardinal (Cardinalis cardinalis) that I made in South Texas, last month. I used an Olympus 300 f/4 IS Pro Lens on an Olympus OM-D E-M1 X camera body, mounted to a Robus RC-5570 Tripod with Uniqball UBH 45XC Ball Head with X-Cross Clamp. Triggered with an Olympus RM-CB2 Release Cable.

Since I shot this with a Micro Four Thirds camera and the photo came out exactly how I hoped it would, I want to share it with the intent of helping those who use M43 cameras rest easier. I want to bust three myths about M43, right in the mouth.

Myth 1: You need a giant sensor to resolve detail.

This shot is mostly straight out of camera except for very minor noise reduction I run on all my images and a very basic levels correction (also very minor) combined with a crop. There’s tons of detail here. TONS! You can count the feathers around the bird’s eye.

Myth 2: You need a giant sensor to make a “big” print.

I cropped this 50% and still have nearly a 50MB file to print. I can easily make a 30″ canvas of this shot (and I will.) Most people don’t print their pictures so it’s usually a moot point. But you can make large prints from M43 sensors. Even if you heavily crop the image.

Myth 3: You can’t get a clean background (or a creamy bokeh) from a M43 sensor.

This myth is based on the fact that M43 sensors have a crop factor that applies to depth-of-field (not exposure.) So this image, made at f/4, would be more like f/8 on a full-frame camera. So what? Seems like a super clean background to me. Those who say you can’t get a creamy bokeh from a M43 sensor usually don’t understand depth-of-field. Aperture is only one factor that influences the way the background looks in an image. Subject to background distance, focal length and camera to subject distance also influence the way the background looks. And as this image proves, you can have a clean background, even at f/4 (FF equal f/8.)

Some of the most iconic images of all time (images that will probably still be iconic 200 years from now) were made with cameras and lenses that most people would consider inferior by today’s standards. Micro Four Thirds gear is more than sufficient for 99% of the people reading this. If you want to use smaller cameras, with smaller lenses, don’t let anyone talk you out of it.