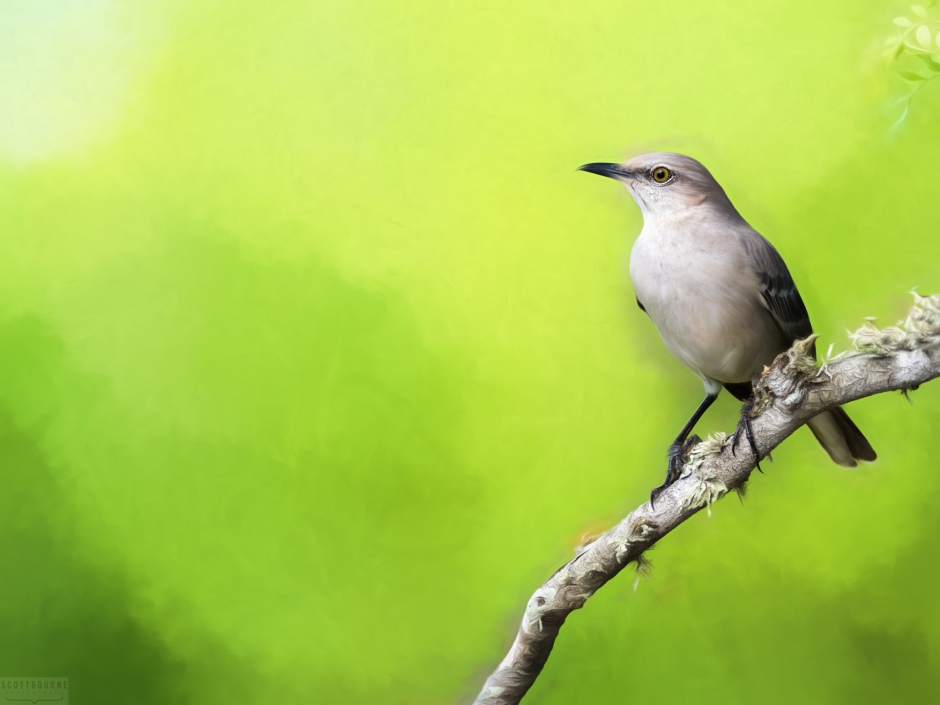 Since we live in a world where shouting has replaced talking, and where super-sized meals, extra large airplanes and everything else is screaming for attention, I find myself being drawn more and more to minimalism in my art. It’s a way to find some peace.

Minimalism describes movements in various forms of art…where the work is set out to expose the essence, essentials or identity of a subject through eliminating all non-essential forms, features or concepts.

This concept became popular as I was growing up in the 1960s. It no doubt influenced  my style. My bird photos usually involve a simple background featuring a prominent portrait of a bird. Minimalistic on its face. But today I continue to consciously try to refine this approach.

Some newbies mistake minimalism with being simplistic. Nothing could be further from the truth. It’s easy to put everything in the frame. It’s much harder to start eliminating things. This takes actual will. It is deliberate. It is a choice.

Two photographers who have influenced me, especially lately, are Michael Kenna and Hiroshi Sugimoto. While my images look nothing like their images, and they photograph completely different subjects, the clean lines, straight forward subject matter and clear intent of their work has forced me to spend more time being deliberate in my own. This is a perfect example of how you can be influenced by someone else’s art, but end up with work that in no way could be connected to the artists who inspired you.

The piece I am showing here was a commissioned work. And I am really trying to experiment with my compositions so that just a hint of the background comes alive while still leaving the bird front and center.

In the case of this northern mockingbird image, the bird was sitting on a branch in a tree in southern Texas near the blind I was using to photograph a pond full of sparrows. The sun angle was a bit off for me but I saw the bird out of the corner of my eye and reframed. The composition came together quickly and I like it as a way to tell the story of the bird and the tree and the sun by excluding almost all of those things except for the bird.

In my youth, things like the few leaves of the tree entering the top right of the frame would have bothered me. In fact, as a print competition judge I would be tempted to knock off a point for that feature fearing it was merely an intruder – something that crept into the composition because the maker was careless with their framing. In this case, I moved deliberately to my left so that I could purposefully include that bit of the tree leaf for context.

For some of you this image will work, still others will hate it. Such is art. I discuss it here today merely as a conversation starter; hoping that whatever you do in your own photographic art you will at least consider the less is more concept.

As you may have heard me say before, quoting the great John Shaw, the difference between a professional and an amateur photographer is the fact that the professional knows what NOT to include in the image.