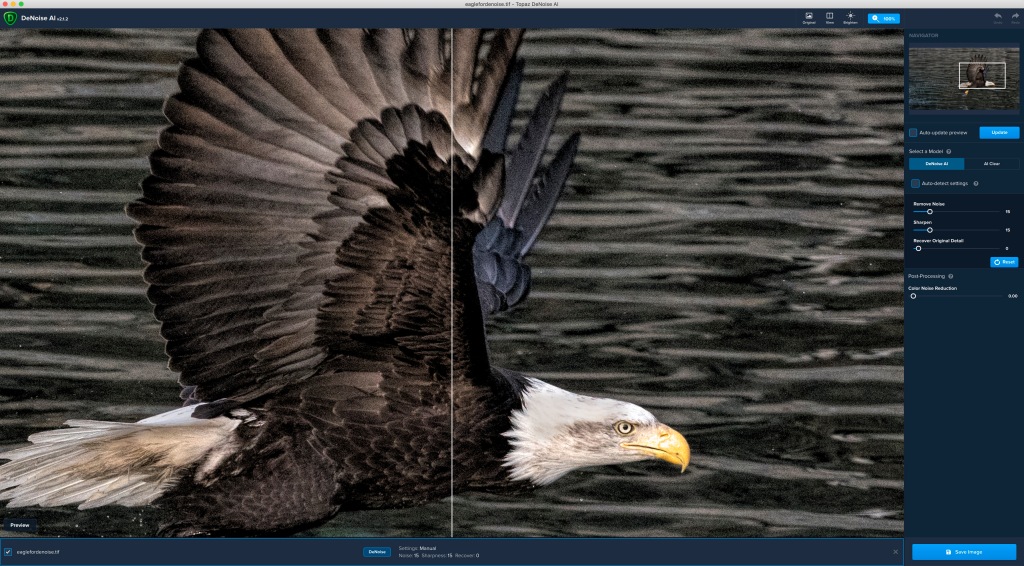 Screen grab of DeNoise in action.

I know you all have heard me talking about Topaz stuff lately, and there’s a reason for it. Because of the shelter in place order in Seattle, I have actual spare time on my hands. And that means going over my old images and seeing if there’s anything I missed in my first culls or anything I liked, but didn’t think worked for some technical reason.

Well, here’s today’s shot and proof that there is a bright side to everything.

A few years back, I photographed this bald eagle in the Cook Inlet of Alaska while I was on a moving boat. The weather, and light were iffy. I was reacting to him swooping by and I slightly under-exposed him by about a third of a stop. (When photographing eagles I have to be careful to hold detail on the white feathers, which is difficult given the broad dynamic range between those feathers and the black feathers on the same bird.)

Add to that, I shot it at 2500 ISO, which is pushing it for a Micro Four Thirds sensor.

All those conditions led to a noisy picture.

I decided the photo wasn’t publication worthy so I found other images I made that morning and licensed those.

But then this guy came to mind and I decided to throw caution to the wind.

You can see it’s noisy.

Now, look at it cropped in on the bird’s eye and beak. Even easier to see the noise.

I saved this image out as a TIFF file and dragged it into Topaz Labs DeNoise AI. (You can also use it as a plug-in for Photoshop.)

It’s easier to see the noise in this shot. Now let’s look at the same area after I applied the Topaz noise reduction. I didn’t do anything fancy here. I just used the automatic settings. It took less than a minute. No masking, no muss, no fuss.

DeNoise AI is different from most noise reduction software because the company fed an algorithm millions of noisy/clear images until it actually learned what noise is and how best to remove it.

DeNoise AI examines the whole image and holistically determines the difference between detail and noise in that photo. (Other NR tools only look at pixel-level detail.) After understanding what noise vs. detail looks like for that specific image, DeNoise AI recovers a surprising amount of detail from noise.

In other words, if you read between the lines, you can do something with this software that sounds impossible. You can reduce noise yet ENHANCE sharpness!

Unlike other noise reduction software that I have tried, Topaz DeNoise does not CRUSH all the details and make everything look muddy. The software aims to preserve as much detail as possible. You can even use a chroma noise slider for removing those color specks you sometimes see in pictures that are enlarged and shot with a high ISO.

Topaz Labs DeNoise AI is truly a game changer. I use it for all my noise reduction now. If I find something better, I will use that. But until then, this is the best thing I have found and I have tested lots of software.

I have arranged a discount for my audience if you want to try it. There is a 30-day trial.

You need to use this link: http://bit.ly/topazdenoiseAI

And then at checkout type this code: METHODS

and you will automatically save 15% off the current lowest price of DeNoise AI.

If you want to just look at what Topaz has to offer in general, use this link: http://bit.ly/TopazPlugins

And again at checkout type this code: METHODS

and you will automatically save 15% off the current lowest price of any Topaz product you are interested in buying.

Have fun restoring your old photographs! 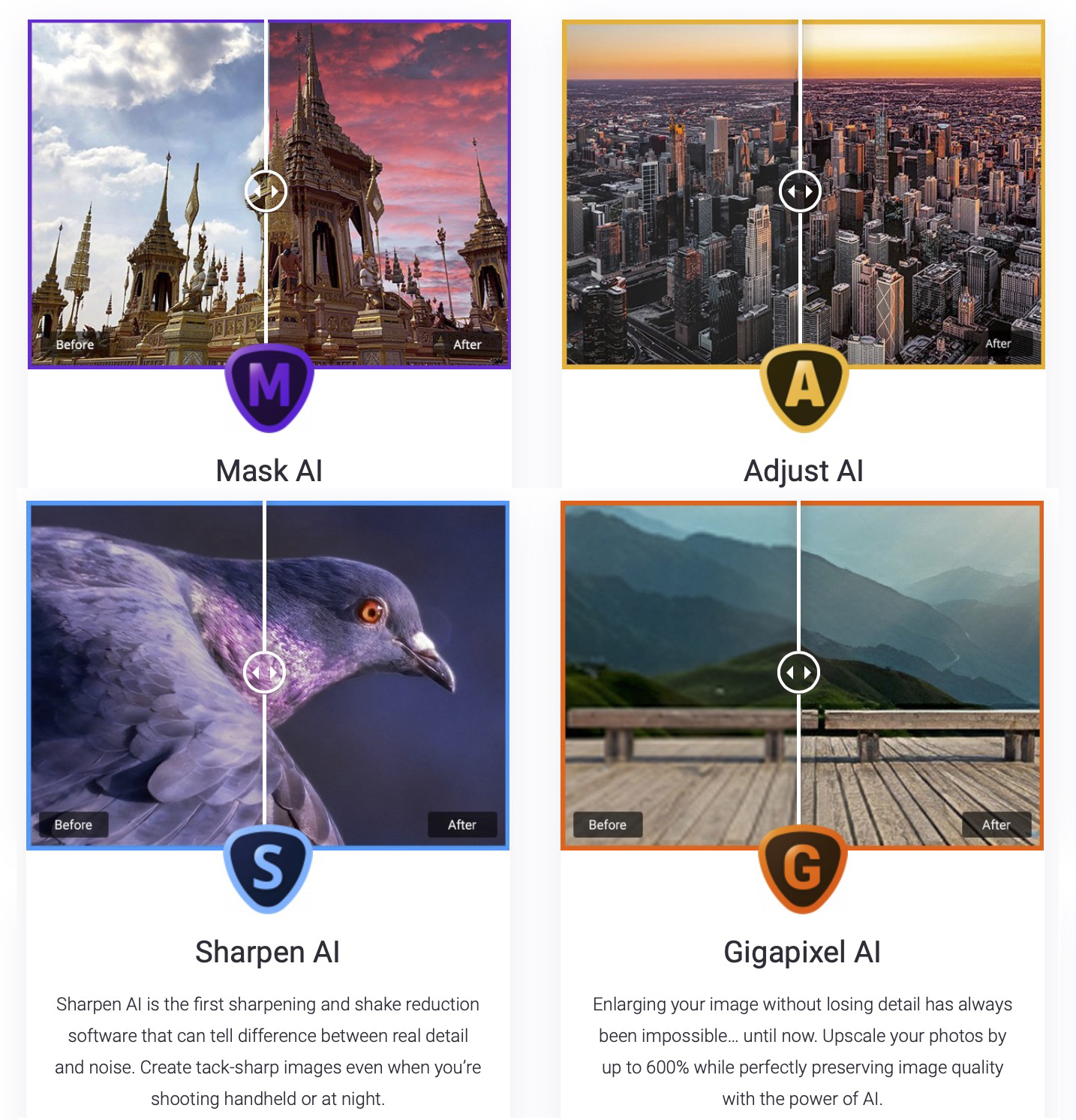