Many photographers have interacted with Olympus over the years. After all, the company recently celebrated its 100th birthday. That long, rich, history has led people like me to really embrace the brand. For me, it started with the OM-1 in the early 1970s.

In the early 1970s, I was in college and bought my first real camera. (I had been gifted a few cameras before that, but the Olympus was the first one I bought with my own money.)

It was an SLR 35mm film camera. Introduced in 1972, the OM-1 was the first product in the OM Series. It earned wide acclaim as the world’s smallest and lightest 35mm single-lens reflex camera. The ribbons in the cloth curtain shutter were replaced with strings, and the camera was equipped with an air damper to absorb the shock of mirror movement. The condenser was eliminated, and a pentaprism with a curved lower surface was used. Olympus employed a wide range of innovative ideas to reduce body size and the noise and shock caused by shutter operation. Shutter durability was also improved, resulting in a system capable of withstanding 100,000 operations. The finder screen could be replaced from the lens mount side. The OM-1 initially went on sale as the M-1. However, the product created such an impact that Leica asked Olympus to change the name. Olympus improved and developed a wide range of technology in preparation for the production of the OM-1, including rust prevention technology for the steel materials used to reduce weight, pentaprism processing technology, and heat treatment and surface processing technologies to maximize durability.

I am fortunate enough to still own that original camera. I recently had it restored to 100% operational condition and ran a few rolls of film thru it for old times sake. It brought back many fond memories.

Over the years I eventually migrated to Nikon, then to Canon (and even back to Nikon for a while) because of advances in autofocus and stabilization that the old Olympus film cameras just couldn’t quite match.

Fast forward to October 17, 2009, when I bought my first Olympus digital camera. It was the Olympus E-P1 and I remember the date because I wrote a post for Photofocus mentioning the camera. 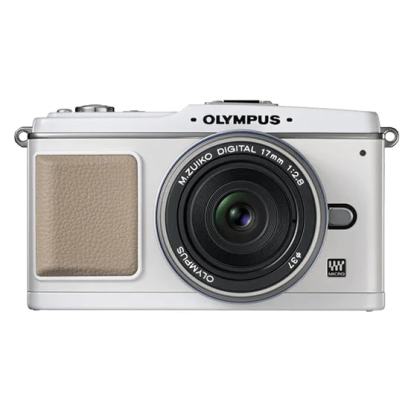 The OLYMPUS PEN E-P1, was the company’s first mirrorless interchangeable-lens camera compliant with the Micro Four Thirds System standard. OLYMPUS PEN was the name of a legendary half-sized camera that was released in 1959. Fifty years later, the name OLYMPUS PEN was reprised with the E-P1 to inspire people to experience the new Micro Four Thirds System while cherishing its original mechanism and attractive universal design. The E-P1 was highly sophisticated, yet simple to operate. With its Four Thirds high-speed Live MOS sensor and new “TruePic VII” image processor, it produced high-quality images equal to those taken with contemporary single-lens reflex cameras. It even shot video – HD video and high-quality linear PCM sound recording were included. It was also equipped with Art Filter editing functions for creative photographic expression.

In 2013 I purchased an Olympus OM-D EM-5 – (Now a newer version is available.) This was a ground-breaking camera in my opinion. It offered several advantages over other systems…

I was so impressed with the Olympus cameras by this time that I authored a lynda.com title with Rich Harrington featuring Olympus cameras called “Learning to Shoot With Micro Four Thirds Cameras.” I wanted everyone to know how good these little cameras could be.

In December of 2016, in what seems like a different lifetime, I made the full-time switch to Olympus. I went to Kenmore Camera (a camera store in the Seattle area) and bought the first Olympus OM-D E-M1 MK II that they had in stock. I was not paid by Olympus to switch. In fact, I hadn’t even told anyone I was making the switch at the time, because I wanted to wait to see if I could actually use these cameras for my professional bird photography. In short order, I knew the answer was yes! So I sold all my Canon gear and I’ve never looked back. I have been exclusively using Olympus cameras and lenses now for more than three and one half years. It wasn’t until 2017, after my switch, that I was asked to become an Olympus Visionary and it has been the highest honor I have ever received during my long photographic career.

Things were already hard for the camera companies making interchangeable lens models. Instagram and smartphone cameras have essentially disrupted the marketplace to the point where an entire segment of the camera industry, i.e., point-and-shoot cameras, have virtually disappeared from the marketplace. Add to that the slowdown in retail caused by the global pandemic, and it’s reasonable to assume that some camera companies will be in real trouble and soon.

The sale of Olympus’ brand to JIP will give the company a chance to keep all this going. While I am sad to see the 84 years that the company spent in the camera business come to an end, it doesn’t mean that is an end to the Olympus brand or the Olympus camera and lenses. It just means new bosses.

I have no idea whether or not I will remain an Olympus Visionary. It doesn’t matter.

Whether or not I am paid to be an Olympus Visionary, I will remain a fan of Olympus cameras for life. From my early days in college until today, they have been a part of my photographic journey and I am convinced they have helped me become the photographer I am today.