I spend a lot of time in Alaska and Alaskans have a saying about the weather. “If you don’t like the weather, hang around for a few hours. It will probably change.”

When you get to be as old as I am, that applies to your medical circumstances as well.

If you are a regular follower, you may have noticed that over the last few years, I’ve been using tripods less and less and relying on a monopod (strictly to steady the camera) and only using a tripod when I photograph from a blind.

Well, that was then. This is now.

I won’t bore you with the details, because I don’t want to sound like that old man who gabs about all his ailments to his buddies at the “home.” But suffice it to say, getting old is not for those with a timid spirit!

I’ve had numerous health problems, including the one that led to my change to Micro Four Thirds cameras about four and a half years ago. I’ve had so many shoulder problems, and trips to the ortho guy to fix them, that I can’t get any more treatments. There’s nothing to be done. I got what I got – according to my doctor. This forced me to face giving up photography nearly five years ago or finding a system that I could get off the ground. Olympus literally saved my career.

I broke free from all that heavy gear and have never looked back.

Lately, on top of all the past stuff I’ve already been dealing with, my Arthritis has kicked into high gear. When the nurse at the doctor’s office says “How’s our pain today – on a scale of 1 to 10, 10 being the most pain?” I respond, “Well I don’t know how much pain you’re in, but if you’re asking me, it’s about a 12 on that scale.”

So long story short, I have to start regularly using a tripod again. NOT because I need to improve my in focus shots or lack stabilization when using a long lens, but mainly because I just cannot do any handheld shooting for any extended period of time. I am in too much Arthritis pain. So think of the tripod as a way for me to simply hold/steady the camera while I do all the normal things I used to do.

It’s hard to admit human frailty, but I decided to keep it real because I know many in my audience are in the same boat. They don’t want to admit they need help because they think it shows weakness. I’m way past pride at this point. I want to stay in the game as long as I possibly can so I am going back to a tripod.

Now, the question is – which tripod. I’ve been testing out tripods all winter and finally know which one I want. I used to tell people that I am not passionate about tripods. They are just something I use when I need one. That’s mostly because I never found one that blew me away – until now. What is it? Here’s the answer. . . 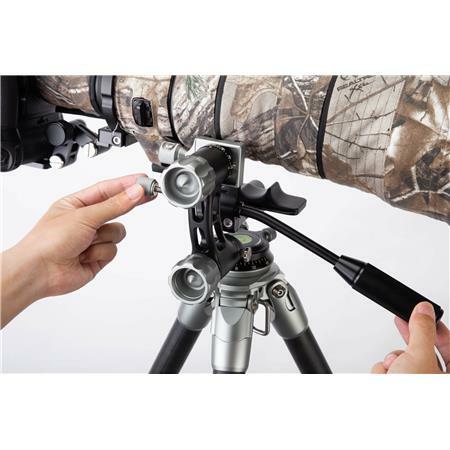 My new favorite tripod – The Fotopro E7 Carbon Fiber Tripod with Gimbal Head (https://bhpho.to/3g4wyaY) and it just may be the nicest tripod I’ve ever used.

It will collapse all the way down to 6.1″ and extend to 63.4″. It’s maximum folded length is 28.1″ and it weights 6.26 pounds with the E-7H Gimbal Head. When you add the head, the height is just about perfect for me to look through the viewfinder without having to bend down. Most tripods are about 8-12 inches shorter which doesn’t work for me.

That 6.26 pound weight is important. Combining that with the weight of the OM-D E-M1X with the M.Zuiko Super Zoom, and I am just under the magical 12.5 pound limit. What is the “12.5 pound limit” you may ask? That is the MAXIMUM amount of weight I my doctor wants me to lift. If I exceed it, I could literally shred my shoulder and that is indeed as bad as it sounds. It would leave me mostly unable to move the right side of my body. So I am gonna pay pretty strict attention to that 12.5 pound limit. Ergo – the E7 tripod & gimbal.

The tripod comes with a very nice and compact carrying bag, an Arca-Swiss lens plate (I don’t need that since my Olympus Super Zoom has a built-in Arca-Swiss compatible lens foot,) wrenches, instructions, extra tripod feet and even a handle that you can use to convert this tripod/head combo to a video head. It’s a neat little package that will travel well, and can be set up and broken down very quickly.

Setting up the tripod is as easy as it gets.

The leg locks are just a quarter turn (which means it’s fast to open and close.) The legs are waterproof, and have sand-proof and dust-proof joints for any weather or moisture conditions. Also note that not all carbon fiber is created equal. The Eagle 7 has some of the best CF money can buy – very robust 1K carbon fiber, manufactured in Japan, which will yield a high strength to low weight ratio.

The legs have three pre-locked positions and you can open them in between if need be. They open all the way out to 90 degrees.

The rubber feet on the tripod can be removed and you can use spikes if you’re on uneven ground and need an extra bit of stability.

I found legs to be very well made, and easy to use. There are markings on the bottom sections! How come every tripod doesn’t have this feature? You don’t have to guess if the bottom leg sections are equally set. Just match the numbers! I cannot believe how great and useful this is.

Another thing that makes this tripod super easy to operate is the built-in leveling base. Most companies charge extra for this feature if they have it available at all. Fotopro builds it in and it makes for easy leveling of the head every time. You can level the tripod without adjusting the legs. A built-in bubble level helps you quickly confirm that the head is level.

There’s also a hook you can use to hang a sand bag or your camera bag to keep same off the ground and to add even more stability to the unit.

While there is no perfect tripod for bird and wildlife photography, I happen to think this one comes pretty darn close. It’s not inexpensive but it’s as much as half the cost of some other tripods you see in the field from places like Really Right Stuff and Gitzo.

The E7 tripod+gimbal is available from B&H for $1199 and has a six-year warranty.